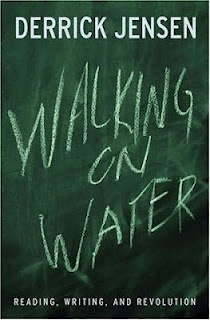 “School is indeed a training for later life ..., because it instills the essential cultural nightmare fear of failure, envy of success, and absurdity.” Jules Henry.

“One of the difficulties we have in thinking or speaking about the problems of our school system is that we presume the primary purpıse of school is to help children learn how to read, write and do arithmetic. ..... The process of schooling gives children the tools they can- and often must- use to survive after graduating into “the real world”, and teaches them what it is to be a member of our culture.”

“We are told that standardized testing must be imposed to make sure students meet a set of standardized criteria so they will later be able to fit into a world that is itself increasingly standardized. Never are we asked, of course, whether it’s a good thing to standardize children, knowledge, or the larger world. But none of this- not maps, not dates, not names, not tests- is really the point at all, and to believe so is to fall in to the fallacy that school is about learning information, not behaviors.”

“We live in a culture that is based on the illusion-and schooling is central to the creation and perpetuation of this illusion- that happiness lies outside of us, and specifically in the hands of those who have power.”

“... I’ve always considered it my role instead merely to create an atmosphere in which students wish to learn. .... before asking whether I or anyone else has been successful in the classroom, we need to ask what we want to accomplish.

“... I have come to feel that the only learning which significantly influences behavior is self-discovered, self-appropriated learning. .... As soon as the individual tries to communicates such experience directly, often with a quite natural enthusiasm, it becomes teaching and its results are inconsequential. .... sometimes the teaching seems to succeed. It seems to cause the individual to distrust his (or her) own experience, and to stifle significant learning. ... I find that one of the best, but most difficult ways for me to learn is to drop my own defensiveness, at least temporarily, and to try to understand the way in which (another’s) experience seems and feels to the other person.” Carl Rogers

“ ... the only real job of any teacher, especially a writing teacher, is to help students find themselves.”

“If I’ve got power ot authority over someone, it’s my responsibility to use that only to help them. It’s my job to accept and praise them into becoming who they are. But if I see someone misusing power to harm someone else, it’s just as much as my responsibility to stop them using whatever means necessary.”

“... rules are meant to be acknowledged, and then ignored.”

“And one of the skills that is oh-so-necessary in these days... is to ability to think critically. ... My friend Jeannette Armstrong says, “We all have cultural, learned behavior systems that have become embedded in our subconscious. These systems act as filters for the way we see the world. ... We have to find ways to challange that continuously. To see things from a different perspective is one of the most difficult things we have to do.””

“Because most of the time it’s fear that creates old behaviors and old conflicts. It’s not necessarily that we believe those things, but we know them so we continue those patterns and behaviors because they’re familiar.”

“If I’m going to improve, I need to know what my weaknesses are as a writer.”

“Do you know what your strengths are as a writer?”

“Well, after we find out what your strengths are, your weaknesses will be obvious. Doesn’t it make more sense to find and develop your strengths first?”

“Those who fear to follow their own dreams will attempt to destroy yours.”

“Every teacher should realize he is a social servant set apart for the maintenance of the proper social order and the securing of the right social growth.”

“No wonder we all hate school. And the fact that we do hate school is a very good thing. It means we’re still alive.”

“... things will get better, especially if you take charge of your own life.”

“ It will be very hard. You’ll make a million mistakes and you’ll pay for them all, one way or another. That’s the only way you learn, or at least it’s the only way I learn. But the hard parts will be your hard parts, they won’t be hard parts other people have imposed on you for their own reasons, or maybe for no reason at all.”

“The function of high school, then, is not so much to communicate knowledge as to oblige children finally to accept the grading system as a measure of their inner excellence.” Jules Henry

“grades are... an explicit acknowledgement that what you’re doing is insufficiently interesting or rewarding for you to do it on your own.”

“I’ve sometimes taken to saying, “most of my decisions are wrong,” because usually when I’m heading in the right direction there are no decisions to be made.”

“it’s madness to think that all learning comes from putting pen to paper, ...”

“To be fully human means in part to think one’s own thoughts, to reach a point at which, whether one’s ideas are different from or similar to other men’s, they are one’s own.”

“... there are people (lots of them) who perceive the world as a never-ending struggle for power (that is, who are very frightened), and who are therefore more likely to attempt to exploit this perceived weakness.”

“Avoiding danger is no safer in the long run than outright exposure. Life is either a daring adventure, or nothing.” Helen Keller

“The task teacher faces is to find their own way of teaching, one that manifests who they are.”

“What ever you do, or dream you can, begin it. Boldness has genius, power and magic in it. Begin it now.” W.H. Murray

“On your own, you have to face the responsibility for how you spend time. But in school you don’t. What they make you do may obviously be a waste but at least the responsibilty isn’t charged to your account. School in this respect, once again, like the army or jail. Once you’re in, you may have all kinds of problem but freedom isn’t one of them.” Jerry Farber

“I hate industrial schooling because it commits one of the only unforgivable sins there is: It leads people away from themselves, training them to be workers and convincing them it’s in their best interest to be ever more loyal slaves,...., compelling them to take everything and everyone they encounter down with them.”

“We need to be given time, not as a constraint, but as a gift in a supportive place where we can explore what we want and who we are, with the assistance of others who care about us also.”

“Education, if it is to be worthy of its true meaning, can, should, and must be at the forefront of resistance to the routine dehumanization of our whole industrialized mass culture.”